Home » Who We Are » Our Attorneys » Emmett Boney Haywood 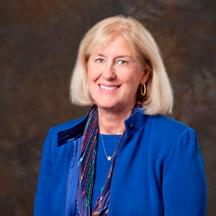 After practicing for several years with a private law firm, Ms. Haywood went to work with the North Carolina Attorney General’s office in Raleigh. For more than nine years there, she represented the North Carolina Department of Transportation in hundreds of land condemnation cases and other matters.

In April 2000, Ms. Haywood opened her own private law practice in Raleigh, North Carolina, concentrating in the area of eminent domain and defending the rights of private property owners. In July, 2010, she merged her practice with the law firm of Nicholls & Crampton, P.A. Her unique perspective helps her advocate for her clients’ interests. She loves her law practice and fights to see that her clients are treated fairly and justly.

In 2001, Martindale-Hubbell, the worldwide directory of lawyers, gave Ms. Haywood an AV rating, its highest legal ability and ethical rating. She was selected by her peers to be included in the 2007 through 2018 editions of The Best Lawyers in America, in the area of eminent domain and condemnation law, and in 2011 and 2016 was selected as Lawyer of the Year Eminent Domain and Land Condemnation Law (Raleigh).

Represented property owners in matters against:

“In retail, real estate is everything and the right location can make or break a business. However, the down side of owning prime real estate occurs when an area develops and road work is needed, but that work adversely impacts your business. After eight years of managing retail assets, I've found Emmett Haywood to be the best eminent domain/condemnation lawyer around. Her expertise and caring nature are invaluable. Her results are unmatched, with average gains of more than double the initial compensation offering. Plus, she only gets paid if she delivers results, which she always does.”
– Rebecca, national convenience store corporation representative* Disclaimer